A new front emerges in the battle against eminent domain 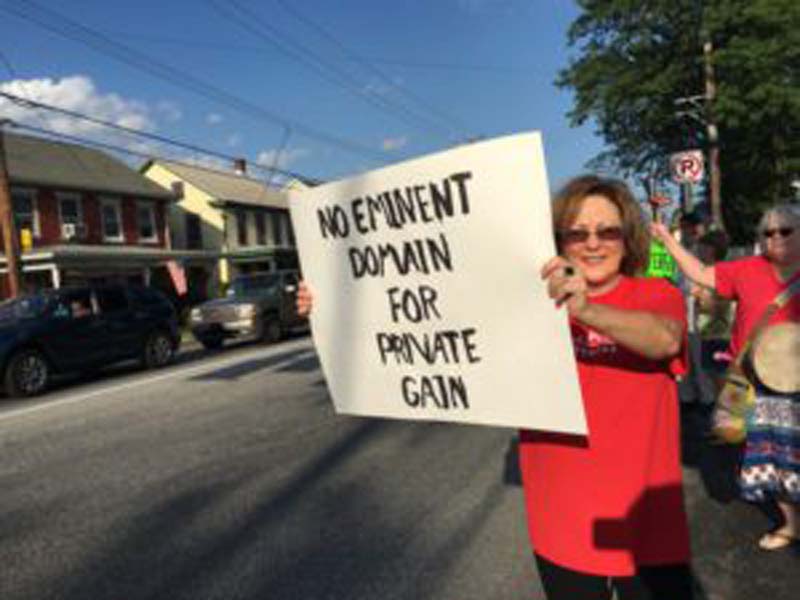 A pipeline protester in Lebanon County. Landowners and eminent domain attorneys see a new opening in the battle against eminent domain

Eminent domain attorneys and their clients battling new pipelines in Pennsylvania courts feel they may have a new weapon in the fight against controversial projects like Sunoco’s Mariner East. The recent decision by the Pennsylvania Supreme Court to toss out industry-friendly provisions of the state’s oil and gas law included eminent domain for gas storage.

All across the state, private landowners have fought eminent domain takings for pipelines, arguing that the lines do not serve the public good. But they haven’t had much luck in convincing county judges, who have in all but just a few cases, ruled against landowners.

In September, a majority of the Supreme Court ruled that using eminent domain for underground gas storage violated both the federal and state constitutions. The court wrote that the public was not the “primary and paramount” beneficiary, as the state had claimed.