Air pollution is the ‘new tobacco’, warns WHO head

Air pollution is the “new tobacco”, the head of the World Health Organization has warned, saying the simple act of breathing is killing 7 million people a year and harming billions more.

Over 90% of the world’s population suffers toxic air and research is increasingly revealing the profound impacts on the health of people, especially children.

“The world has turned the corner on tobacco. Now it must do the same for the ‘new tobacco’ – the toxic air that billions breathe every day,” said Dr Tedros Adhanom Ghebreyesus, the WHO’s director general. “No one, rich or poor, can escape air pollution. It is a silent public health emergency.”

“Despite this epidemic of needless, preventable deaths and disability, a smog of complacency pervades the planet,” Tedros said, in an article for the Guardian. “This is a defining moment and we must scale up action to urgently respond to this challenge.”

The WHO is hosting its first global conference on air pollution and health in Geneva next week, including a high-level action day at which nations and cities are expected to make new commitments to cut air pollution.

Children and babies’ developing bodies are most at risk from toxic air, said Dr Maria Neira, WHO director for public health and the environment, with 300 million living in places where toxic fumes are six times above international guidelines.

“Air pollution is affecting all of us but children are the most vulnerable of all,” she said, noting the alarm among child health experts about the links between toxic air and respiratory diseases, cancer and damaged intelligence. “We have to ask what are we doing to our children, and the answer I am afraid is shockingly clear: we are polluting their future, and this is very worrying for all us.” 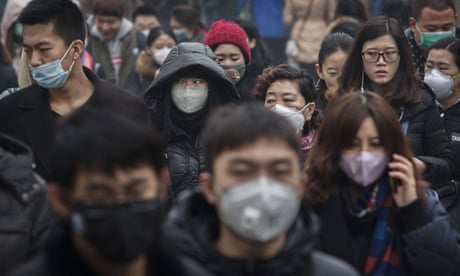 Tedros said: “A clean and healthy environment is the single most important precondition for ensuring good health. By cleaning up the air we breathe, we can prevent or at least reduce some of the greatest health risks.”

The WHO is working with health professionals not only to help their patients, but also to give them the skills and evidence to advocate for health in policy decisions such as moving away from fossil-fuel-powered energy and transport. “No person, group, city, country or region can solve the problem alone,” he said. “We need strong commitments and actions from everyone.”

In the UK, most urban areas have illegal levels of air pollution and ministers have lost three times in the high court after challenges over the inadequacy of their action. The latest government action plan, called “pitiful” by environmental lawyers, revealed air pollution was actually much worse than previously feared.

Globally, with smoking on the decline, air pollution now causes more deaths annually than tobacco. However, researchers think the harm known to be caused by air pollution, such as heart attacks and lung disease, is only “the tip of the iceberg”.

The figure of 7 million early deaths is certain to be an underestimate, as it only includes particle pollution and the five most firmly linked causes of death. Early estimates using improved models indicate a total figure of 9 million from particle pollution.

Daniel Krewski at the University of Ottawa, one of the team behind the newer estimate, said: “This suggests that outdoor air pollution is an even more important risk factor for health than previously thought.”

Each passing month sees new studies showing further harms of toxic air, with recent revelations including a “huge reduction” in intelligence, millions of diabetes cases and the first direct evidence of pollution particles in mothers’ placentas. 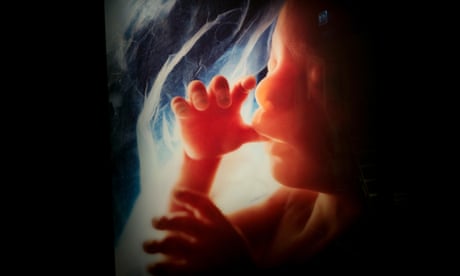 The cost of the lost lives and ill health caused is also a colossal economic burden: $5tn a year, according to a World Bank report. Tackling air pollution by closing polluting power plants and shifting to cleaner transport, such as cycling or electric cars, has a double benefit as it also tackles climate change.

Neira said that, given the overwhelming evidence of harm from air pollution, any politician who failed to tackle air pollution would be judged harshly by future generations – and the law.

“Politicians cannot say in 10 years from now, when citizens will start to take them to court for the harm they have suffered, that they didn’t know,” she said. “We all know pollution is causing major damage and we all know it is something we can avoid. Now we need to react collectively and in a very dramatic and urgent way.”