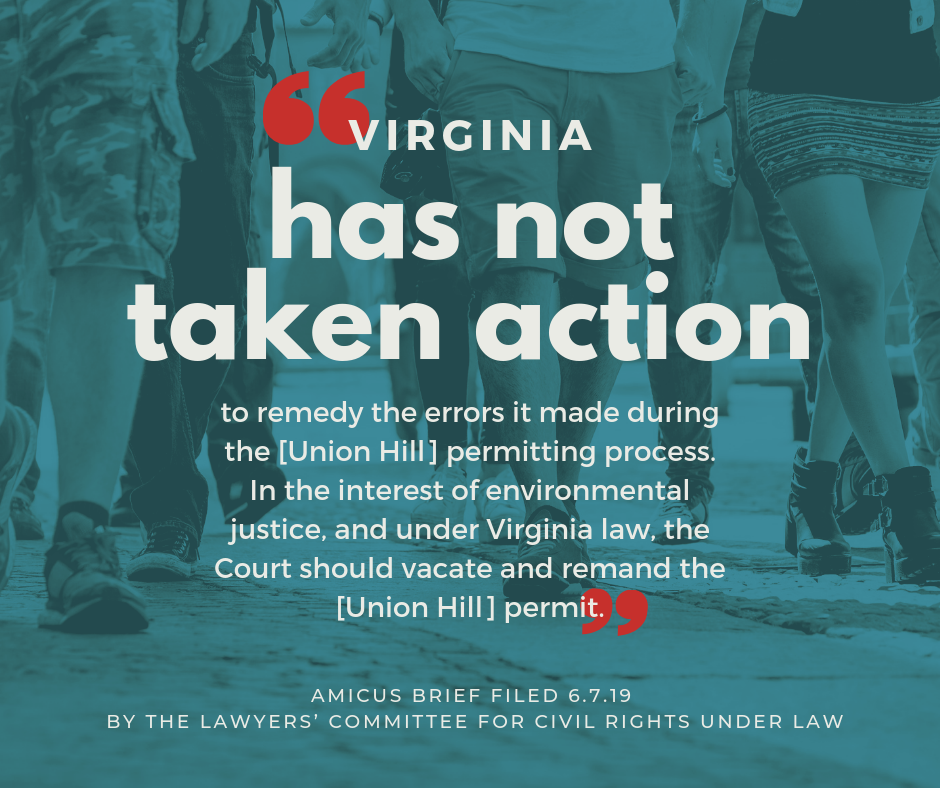 Friends of Buckingham, et al. v. State Air Pollution Control Board, et al., is a case pending in the United States Court of Appeals for the Fourth Circuit involving the potential harms facing Union Hill, an African American community in Buckingham County, from the proposed Atlantic Coast Pipeline compressor station. The suit was filed on February 8, 2019, by the Southern Environmental Law Center (SELC). Read the February suit here and the related SELC press release here. The court has now scheduled the case for argument between October 29 and November 1, 2019. A specific date and time will be announced when the date is closer.

An amicus curiae (literally, “friend of the court”) is someone who is not a party to a case, but who assists a court by offering information, or brief, that bears on the case. The decision on whether to admit the information lies at the discretion of the court.