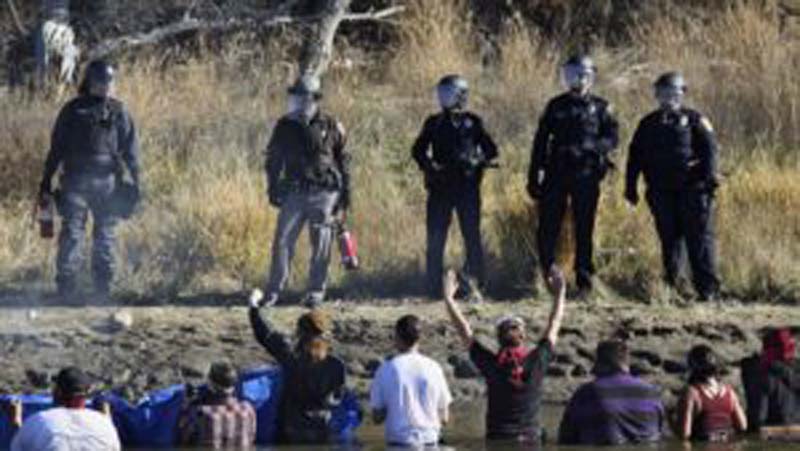 Environmental activists who sabotage oil and gas pipelines to protect land, water, and the climate should be treated like out-and-out terrorists, according to 84 members of Congress who sent a letter to Attorney General Jeff Sessions on Monday.

The letter asks Sessions if he currently has enough power to treat pipeline sabotage as not only criminal but terrorist activity, encourages him to treat interference with pipeline systems as an assault on the United States’ national security, and seeks to define pipeline “terrorism” as any act that knowingly damages oil and gas infrastructure.

Such a broad definition could, if adopted, allow prosecutors to treat people who chain themselves to pipelines or construction equipment involved in pipeline projects as terrorists. The lawmakers are pressuring Sessions to include climate activists in a criminal category from which men like Charleston killer Dylann Roof and congressional baseball shooter James Hodgkinson are currently excluded by the legal system. (Rep. Steve Scalise (R-LA), who narrowly survived Hodgkinson’s attack on Republican lawmakers this summer, co-signed the pipeline terrorism letter.)

While the letter cites a series of pipeline-cutting operations by radical environmentalists from last October as its primary motivation, the language contained in it would seem to envelop even the nonviolent resistance tactics employed by the Standing Rock Sioux and their allies last year to halt the Dakota Access Pipeline that threatens to permanently destroy their water supply.

The pipeline is back in progress, but justice never came for “Water Protectors.”

It is unsurprising that 80 Republicans from states heavily represented in the oil and gas industry seek dramatically harsher criminal treatment of environmental activists’ most radical and effective techniques. But four Democrats also signed the letter — Reps. Filemon Vela, Henry Cuellar, Gene Green, and Vicente Gonzalez, all members of the Texas delegation — giving the letter a blush of bipartisanship.