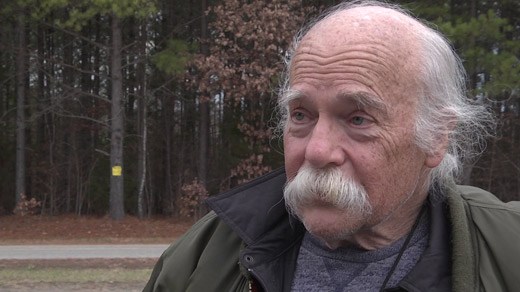 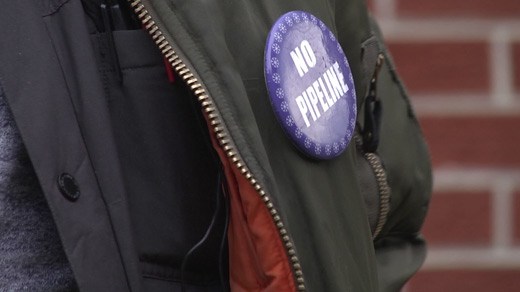 A “NO PIPELINE” button on Quinn Robinson’s jacket 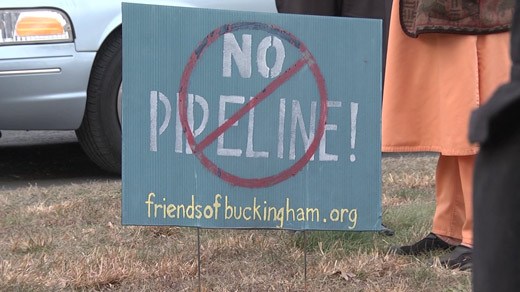 BUCKINGHAM COUNTY, Va. (WVIR) –Dominion Energy is beginning the process to take land to build the Atlantic Coast Pipeline through central Virginia and the Shenandoah Valley.

The energy company is asking the federal court to allow it to use eminent domain to get dozens of acres of land along the path of the proposed natural gas pipeline. This comes as the Virginia Water Control Board voted 4-3 to conditionally approve a permit for the pipeline project.

Some of the affected landowners are just learning about the lawsuits filed against them in federal court.

Quinn Robinson learned from NBC29 that Dominion has filed a lawsuit against him. He said he joined the fight against the Atlantic Coast Pipeline since getting the first call from Dominion in 2014.

“At that time, I told them I didn’t want to participate. I wanted to keep my farm intact,” said the landowner.

Current plans for the pipeline would have it go through nearly seven acres of the Andersonville farm that’s been in Robinson’s family since 1852.