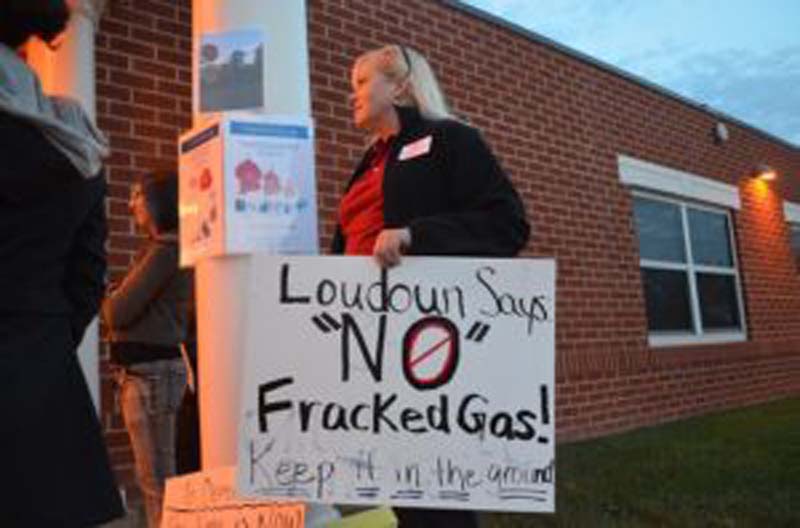 Dominion says the expansion would help the company meet the rising demand for natural gas in the greater Washington region. It’s part of a project tagged Eastern Market Access.

“[Dominion is] going to put the community more at risk. It’s going to triple the size of the compressor station, so there’s just that much more gas passing through there’s always dangers of explosions,” Natalie Pien, chair of the local 350 Loudoun environmental protection advocacy group, said.

The rally took place outside of an open house organized by Dominion at Sycolin Creek Elementary School to inform the community about EMA and the Loudoun expansion. The event was joined by local environmental groups like 350 Loudoun and representatives from the We Are Cove Point coalition, a group trying to stop Dominion’s Cove Point natural gas export terminal in Lusby, Maryland the company plans to use for exporting natural gas to international markets.

If approved, Dominion would add a new compressor station at an existing facility in Charles County, Maryland and install two new taps for Washington Gas Light Company along an existing Dominion Pipeline. In Loudoun, the company would install 7,000 horsepower of additional compression electric in a new building within the existing Loudoun Compressor Station fence line and also construct a new building at the Loudoun Metering and Regulation Station.