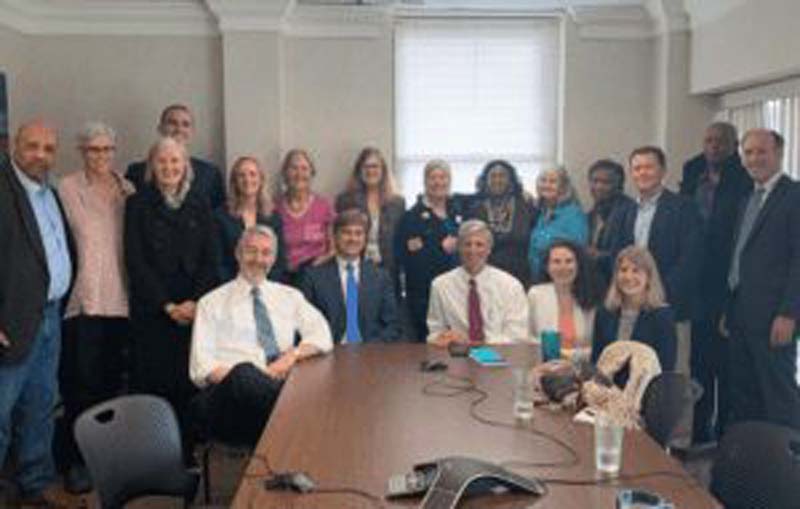 The decision is expected perhaps in January. After years of appearing before government agencies who cannot hear us due to the overwhelming industry influence, we were very impressed with the open mindedness of the judges. Audio recording [about 1 hour] of the hearing: Listen for yourself here.

At about 31 minutes, you’ll hear the exchange between Chief Judge Gregory and Virginia DEQ’s Deputy Solicitor, Ms. Ciccone, in which she concedes the validity of FoB’s door-to-door study, and thus our argument that Union Hill is indeed an #EnvironmentalJustice community and that the population is larger than DEQ or Dominion acknowledged.

Oral arguments before the Fourth Circuit Court of Appeals on the challenge to the air permit issued in January 2019 for the Buckingham compressor station took place in Richmond on October 29, 2019. Chief Judge Roger Gregory, who headed the three-judge panel, repeatedly pushed attorneys representing the Virginia Department of Environmental Quality, the State Air Pollution Control Board, and the Atlantic Coast Pipeline about why they compared Union Hill air quality to air quality around the state rather than to the surrounding Buckingham area.

The Southern Environmental Law Center (SELC) and the Chesapeake Bay Foundation led the appeal.  In a press release from SELC, Senior Attorney Greg Buppert said, “Union Hill is a historic African-American community that traces its roots to the end of the Civil War. The siting of the compressor station and its harmful air pollution in this community is not consistent with the Commonwealth’s commitment to protect the health of all Virginians.  After five years, it remains a mystery why the pipeline’s lead partner, Dominion Energy, has never once proposed moving this facility.”

An announcement of the court’s decision is expected in early 2020.

And finally, audio recording of the oral arguments made before the Court (57-minutes) is available by clicking here.