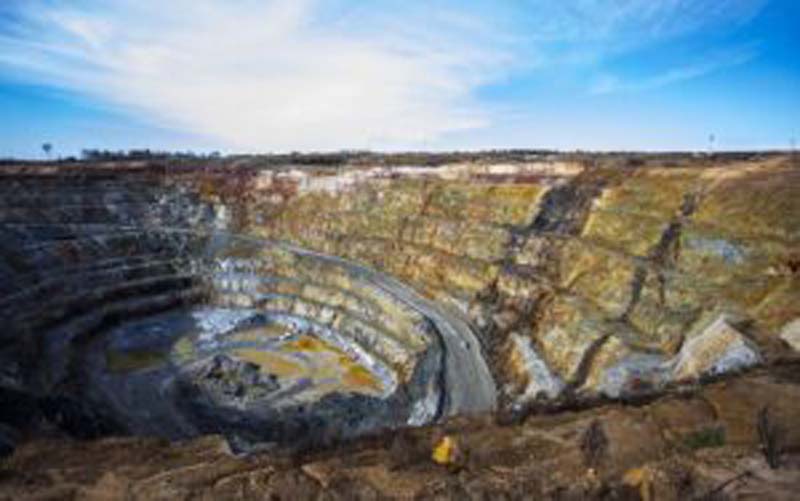 Legislation requiring Virginia to study gold mining and its effects on health and the environment is headed to the governor, but without an earlier provision that would have banned any large-scale gold mining of over 10 acres in the state until July 2023.

On Thursday, the House of Delegates agreed to the modified version of the bill that cleared the Senate Tuesday.

The Senate Committee on Rules removed the temporary moratorium on gold mining Feb. 12 with little discussion after Weyerhaeuser, a forest products company that owns land in Buckingham County where Canadian company Aston Bay Holdings is conducting exploratory drilling for gold, and the Virginia Transportation Construction Alliance testified in support of the study but opposed the ban.

“Placing a moratorium on permit issuance is simply premature in our opinion while this study is underway,” said Katie Hellebush, a lobbyist for Weyerhaeuser. “Several layers of adequately protective permitting processes exist from local to federal levels and address each concern outlined in this bill.”

The legislation, which was carried by Del. Elizabeth Guzman, D-Prince William, stemmed from concerns about Aston Bay’s drilling in Buckingham and the company’s comparison of the site’s potential in an investor statement to the Haile gold mine in South Carolina. That 5,000-acre mine is the only active operation of its kind east of the Mississippi and has recently been charged with numerous environmental violations by South Carolina regulators.

Gold has not been mined in Virginia on a large scale for decades. The only company currently mining gold in the commonwealth is Big Dawg Resources in Goochland, which targets small, previously mined sites under 10 acres in size while also cleaning up mercury pollution.

Heidi Dhivya Berthoud of the Friends of Buckingham group, one of several to oppose a resumption of gold mining, argued during hearings that a study “will give us an opportunity to do a real accounting of the true costs of the impacts of modern-day large-scale gold mining to Virginia’s public health, the drinking water of millions and local and state economies.”

After the House vote accepting the removal of the temporary ban, Guzman said the legislature “had an opportunity to be proactive instead of reactive, to hit the pause button to prevent damage to the health of our communities, water and environment.”

“While I am disappointed the Senate did not see the value in that, I am thankful that they are willing to support a work group to learn more about the risks that gold mining presents to our families and environment,” she said.

The legislation will now go to Gov. Ralph Northam, who can sign, veto or amend the bill. The governor’s office did not immediately respond to a question about whether the administration supports the legislation.

Democratic senators on a powerful committee said no to a House proposal that would put a temporary moratorium on gold mining, opting to allow for study of whether it’s environmentally safe.

The decision by senators to oppose the moratorium surprised one of the state’s big environmental groups, the Virginia League of Conservation Voters, as well as people who live in Buckingham County and have shared concerns during state legislative hearings.

Senate Majority Leader Dick Saslaw, D-Fairfax, said after Friday’s meeting of the Senate Rules Committee that most senators were OK with the study but didn’t see a need for a moratorium.

People and government officials in Buckingham were surprised last year to learn that a Canadian company had been drilling for years on land in the county to look for gold. The exploratory drilling could lead to a request for a gold mine, alarming people who live in the area and are concerned about the environmental impacts.

“By choosing to eliminate the moratorium, the knowledge gained from this study risks being learned after harm is done to vulnerable communities, rather than being harnessed on the front end to allow us to move forward in a deliberate and intentional manner before permits are issued,” said Chris Leyen, a senior policy manager with the League of Conservation Voters.

He told senators gold mining involves pulverizing 20 tons of earth to extract an ounce of gold in a process that includes use of cyanide, with remnants left in a lined dam.

Stephanie Rinaldi, who moved to a home in Buckingham last year with her husband and then learned they are close to the drilling site, said she didn’t understand why any senator would agree to study whether something is unsafe, but not put a temporary halt on it before finding out.

“If something you’re looking at might be unsafe or unhealthy, why would you want to allow permits for that activity before you can determine whether it is safe?” she said.

The drilling in Buckingham is known as “core drilling” or exploratory drilling. It is not the same as opening a gold mine, which would need local and state approval.

After they found out about the drilling, Buckingham officials in July told the company, Toronto-based Aston Bay Holdings, that the drilling was not legal without a special-use permit. After months of debate, the Buckingham Board of Supervisors voted in January to allow such drilling to explore for gold without a permit.

Katie Hellebush, a lobbyist for the timber company Weyerhaeuser, asked senators to remove the moratorium from the bill. That company owns the land where the Canadian company is drilling. She said the local, state and federal government would protect the environment if a gold mine should open.

Hellebush said a moratorium on gold mining “will place a chilling effect not only on gold mining but that of aggregate too.” That refers to other types of mining.

She also told senators: “This moratorium would have a much further-reaching impact than simply [pausing] the permitting process.”

The bill before senators, however, clearly put a moratorium on only gold mines of larger than 10 acres. It was sponsored by Del. Elizabeth Guzman, D-Prince William, a candidate for lieutenant governor.

CVILLE: All that glitters

Outsiders are looking for gold in Buckingham County. Locals hope they don’t find it.

The Warminster Baptist Church sits on the corner of Warminster Church and Sycamore Creek roads in Buckingham County. The historic Black church was established in 1866; the congregation has worshiped in three different buildings, but never strayed far from the plot of soil where their traditions began.

Across the street, multiple generations of the Wayne family own land and live next to each other, as they have their entire lives. Their family members are buried down Sycamore Creek Road, less than a mile away, where they will one day be buried themselves.

The property that sits directly next to both the Wayne family and the church is owned by Weyerhaeuser, a timber and wood products company that grows and harvests forests. For the past four years, Weyerhaeuser has partnered with Aston Bay Holdings, a Canadian gold exploration company, which has quietly conducted exploratory drilling on the Weyerhaeuser land. The companies are searching for gold deposits beneath the forest.

An extractive gold mining operation could spell trouble for the people and environment of rural Buckingham County. But the area is no stranger to an environmental fight. Last year, the Atlantic Coast Pipeline was canceled in part due to the dedicated organizing of Buckingham’s activists. Now, those organizers once again find themselves defending themselves and their environment from big business.

Buckingham County, Virginia, was the leading producer of gold in the United States prior to the California Gold Rush in 1849. A belt of gold and pyrite runs through the foothills of Virginia, from Fairfax, through Buckingham, and down to Appomattox. In the 19th century, gold mining was done with a pickaxe and shovel. Miners dug down until groundwater filled the mine and would move on to the next one.

Things have changed since the 1840s. Today, multinational companies swoop in to areas with historic gold mining success and set up huge mines. Open-pit gold mines look like craters left by asteroids, dents in the earth hundreds of feet deep and hundreds of thousands of feet wide.

Gold mines decimate local ecosystems. A 2017 study conducted by environmental groups found that “Gold mines almost always pollute water—74 percent of operating gold mines polluted surface and/or groundwater, including drinking water.” That’s a particular problem in Buckingham County, where residents are almost entirely reliant on groundwater. The small town of Dillwyn has a water treatment plant, but the rest of the county’s 17,000 residents drink from the deep wells on their properties.