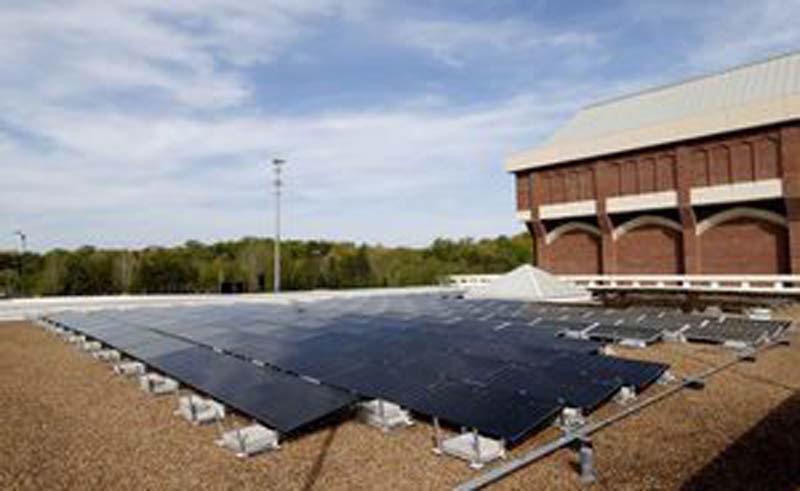 The state will hold a hearing today on a proposal by Appalachian Power that critics say will stifle competition of companies that install solar panels (seen above at the University of Richmond) and build wind farms.

A group of 18 major corporations, including big names such as Microsoft, Walmart, Best Buy, Ikea, Staples and Mars Inc., among others, have sent a letter to state lawmakers and the Virginia State Corporation Commission calling for “an explicit legal framework” to expand access to renewable energy from utilities and third-party sellers.

The letter was included last week as part of public comment on a request to the commission by Appalachian Power for a voluntary, 100 percent renewable energy rider that will come before the commission for a hearing today. Opponents contend the measure is actually aimed at thwarting competition from third-party providers and financiers of renewable energy in the utility’s Southwest Virginia service area.