The bill passed the state House with a veto-proof majority. 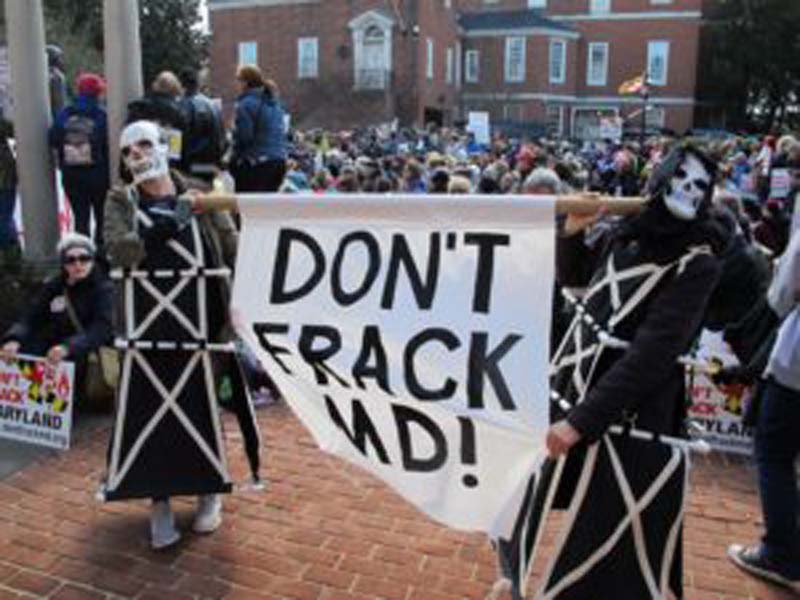 People who want to ban hydraulic fracturing for natural gas in Maryland rally outside the statehouse and governor’s residence in Annapolis, Maryland, on Thursday, March 2, 2017. CREDIT: AP Photo/Brian Witte

A bill to ban fracking in the state of Maryland sailed through the state House of Delegates on Friday with a 97–40 majority vote.

The bill will now go to the state Senate. A companion bill was introduced there last month — with nearly half the state senators signing on as sponsors. There has been widespread support for banning fracking in the state, where only six percent of voters think there is “no risk” to the practice.

“This bill’s passage is the culmination of an immense grassroots movement that has been growing for years. We commend the Maryland House for working to protect the health of their citizens and the climate over Big Oil profits,” Mike Tidwell, executive director of Chesapeake Climate Action Network, said in a statement.