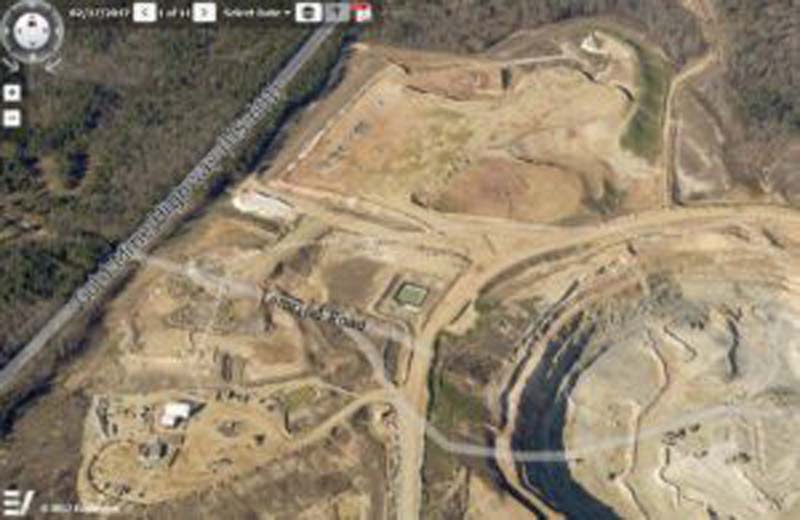 The Friends of Buckingham is calling on the county Board of Supervisors and the Planning Commission to delay voting on a zoning change that would allow a Canadian mining company to conduct exploratory drilling for gold deposits near the James River. The group is concerned that county residents are largely unaware of the potential for extensive gold mining and the impacts on local drinking water sources and other resources. If the amendment passes, Aston Bay would then have to apply for a Special Use Permit, which would include another public hearing process.

The joint board and commission meeting is scheduled for Tuesday, October 13, at 6 p.m. The meeting will be conducted virtually, with a limited number of people allowed to attend in person. (See links to digitally attend the meeting or make a public comment.)

Since at least 2016, Aston Bay Holdings has drilled more than 20 exploratory holes in the A-1 agricultural zone on land situated between Yogaville and the Union Hill community. Other Buckingham County locations are also being targeted. According to its website, the company has exploration agreements on almost 5,000 acres surrounding the Buckingham gold vein. In total, it has options to lease mineral rights on more than 11,000 acres in central Virginia.

“Open-pit gold mining is one of the dirtiest, most harmful extractive industries in the world,” said Chad Oba, president of Friends of Buckingham. “We only recently learned about this company and its activities in our community, and we’re deeply concerned about the potential impacts. We have a lot of questions for our government officials.”

Oba said what’s involved is not the historical panning for gold or “pick-and-shovel” type of operation. With modern technology, gold mining involves drilling deep into the Earth, producing massive amounts of waste rock, tainted with dozens of compounds that, when exposed to the elements, can easily leach into the water table, streams and rivers. The waste may contain as many as three dozen toxins including mercury, arsenic, cyanide, lead, acids and petroleum by-products.

“We’re especially concerned about this type of development in an area where almost everyone relies on drinking water wells,” she said.

In September, at a joint meeting of the Board of Supervisors and Planning Commission, Planning Administrator Nicci Edmondston said she had notified Aston Bay that its drilling activity was in violation of the county zoning ordinance. County officials are now proposing to add a “zoning text amendment to the list of Special Use Permits in an A-1 agricultural district to allow core sampling for commercial use.”

“This makes no mention that the ordinance change is to accommodate a specific company, nor that it is for gold mining or other types of intensive, open-pit mining,” said Kenda Hanuman, a co-founder of Friends of Buckingham. “Should Buckingham County change our laws for a company that has been violating them since 2016? Is Buckingham County ready to protect our health and safety from gold-mining impacts? Do we really need this for Buckingham County? We think all these questions and more should be answered before the board and commission take any action.”