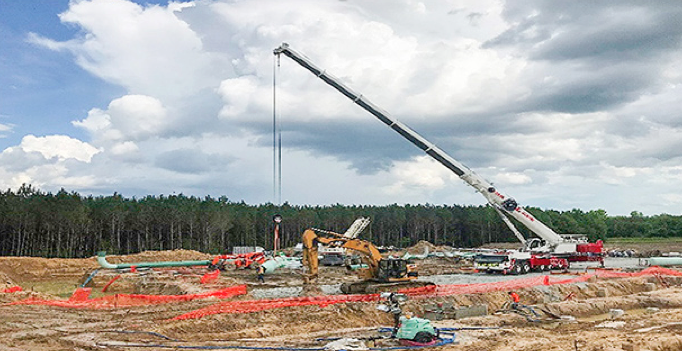 A collection of 18 Virginia state lawmakers pressed the Federal Energy Regulatory Commission today to stop the progress of the Atlantic Coast pipeline over fears that ballooning costs could fall on the state’s ratepayers.

In a letter to FERC, the state lawmakers, largely Democrats, argued that the pipeline developer, Dominion Energy Inc., overestimated the demand for natural gas, potentially calling into question the viability of the project. Virginia.GA_.FERC_.July11

The company’s plan now relies more on renewables, and Dominion’s demand for the ACP comes overwhelmingly from utility affiliates, the lawmakers said — a sign that there is not as much market demand as previously thought.

“As confirmed by the rejection and refiling of the Dominion IRP, Dominion has historically overstated its load forecast, overemphasizing the need for additional gas supplies,” the state lawmakers wrote. “The ACP is unnecessary to meet demand of power generation in the Commonwealth.”

“We are concerned the harmful environmental impacts of the proposed ACP, and impacts on electricity ratepayers and landowners, greatly outweigh any potential benefits to Virginia’s citizens,” they added.

Construction on the pipeline has been at a standstill since December, when the 4th U.S. Circuit Court of Appeals struck down a Fish and Wildlife Service permit for the project. Other legal challenges concerning the Forest Service right-of-way permits have also stunted the Atlantic Coast.

Those delays and other cost concerns have increased the project’s estimate to $7.8 billion. The 600-mile pipeline starts in West Virginia and would end in eastern North Carolina.

Dominion canceled another pipeline — the $48 million Sweden Valley Project — last month over what it deemed lengthy delays by FERC in processing the permit applications.