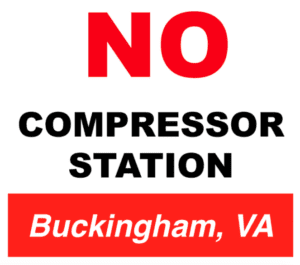 On Nov 15, VA Governor Ralph Northam replaced two members of the air board. The decision came one week after the air board voted to delay a final permitting decision on the Atlantic Coast Pipeline’s Buckingham Compressor Station, which would site a 55,000 horsepower industrial facility in the center of a rural, majority African-American community, within 5.5 miles of Yogaville, if approved.

Both Samuel Bleicher and Rebecca Rubin, the air board members being replaced, had posed tough questions to DEQ staff and Dominion, the project developer, in a public meeting November 8-9th. While two air board members’ terms officially expired in June, Northam waited until Nov 15 to inform them that they will not be reappointed to their posts.

The air board makes final decisions on a variety of air pollution permits and regulations. It is comprised of seven members, with staggered appointments made by the sitting governor.

The timing of the Governor’s decision is an insult to the board, the Buckingham community and residents impacted by the compressor station, the citizens of the Commonwealth. It undermines the democratic principles of transparency, due process and good governance. Discussion at the air board’s November 8 meeting made clear that the board had very serious environmental justice concerns about siting a compressor station so close to the African-American community of Union Hill in Buckingham County. But now, with a final vote delayed until December 10, Governor Northam has informed two dedicated public servants who voiced those concerns that they will no longer serve on the board.

Governor Northam has promised Virginia citizens that the Atlantic Coast and Mountain Valley Pipelines would not be built unless they met the highest environmental standards. He also promised to protect the health and safety of all those impacted by these pipelines. By removing four citizen board members who appeared to be holding the projects to those standards, the governor has undermined his own promise. We stand against this action and ask for proper due process. This includes reinstatement of the air board members that were removed.

What can you do now? Call your legislators, ask them to deny the air permit, attend Dec 9 prayer vigil & Dec 10 air board meeting.

For residents of Buckingham County [and beyond] Your VA State representatives are: