“On the morning of May 17, 2016, a crew from Dominion/Atlantic Coast Pipeline [ACP] came onto my property to survey the proposed route of the pipeline in the Andersonville area of Buckingham County. Notice of this intrusion was made by an attorney representing my interest regarding the ACP. He relayed the information from a telephone call he had with an attorney representing Dominion. Dominion/ACP did not provide direct notice of the schedule to me. I was not sent a certified letter, giving the dates of entry. This is required by the Code of Virginia 56-49.01.

The survey crew appeared unexpectedly in one of my fields shortly after 10 in the morning. 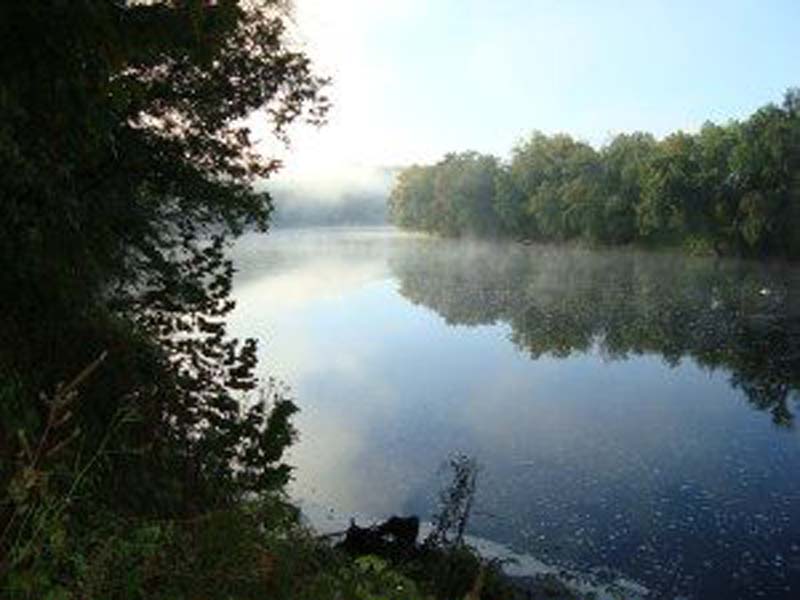 It was a day of intermittent rain, heavy at times. The survey crew appeared unexpectedly in one of my fields shortly after 10 in the morning. An unidentified vehicle was parked on my drive. As I approached the car, I began to record the event with a video camera. A man at the car showed me a copy of a court order. It was signed by Judge Donald Blessing of the 10th District Circuit Court. I asked the man to see his credentials. Dominion’s attorneys, McGuireWoods, had made several assurances to the court in regard to the conditions and conduct of the survey. This would include the wearing of picture-identification tags.

I asked the only identified ACP representative if ALL of the crew were wearing photo identification tags as had been promised in court. Those that I approached declined to show their photo identification. As I continued taping, they made considerable effort to evade the camera and any discussion. They were defensive to the point of being hostile. One of the surveyors actually bumped me. I cautioned him not to be so pushy. Another individual said that he would not identify himself for “security” reasons. It was my security that was in jeopardy, not his. For most of the time they were on my farm, they wore hoods and frequently turned from the camera. Having experienced 2 years of harassment and intimidation from Dominion and its various subordinate companies, their conduct was not surprising, but disturbing none the less. The video clearly reveals their approach to landowners in the path of the ACP. It was one of hostility and contempt. By the way the crew leader was from Ohio. The others from places unknown. So much for all of those good jobs for Virginians.

Around noon, an officer of the Buckingham County Sheriff’s Department arrived. I had called for assistance in dealing with the trespassers. The Deputy would not verify the identifications of the trespassers. It is quite distressing for a senior citizen to be abused by the court and further ignored by law enforcement. The deputy suggested that I contact a lawyer! I had just reported what I thought was a criminal act in progress to him.

Later in the day, several friends arrived to give witness to the trespass. It was a sad day for my family and the farm that has been a part of our family since 1852. Are we to be the sacrificial lambs for Dominion’s private gains? Nothing is sacred with the foreign market demanding gas, as we know this gas is heading for export. Landowners from neighboring counties are also reporting distressing incidents with ACP surveyors. This incident is a chilling foretelling of what it would be like to work with Dominion.

The rage provoked by the injustice of Dominion’s corporate terror will find a response in the courage and dignity of rural America. We will continue to stand up to defend our constitutional property rights.”