Compressor stations house natural gas fired engines, turbines or electric motors that drive compressors to compress, or pump, natural gas to move it through the system. They are located along a pipeline route usually placed at a distance of 40 to 100 mile intervals along the pipeline. The Atlantic Coast Pipeline would have only 3 compressor stations. One at the beginning, one in Buckingham, and one at the end… The natural gas enters the compressor station, where it is compressed by a turbine, motor, or engine. (Electric-motor driven compressors are considered cleaner burning and emit no particulate matter. Natural gas-fired turbines burn a portion of the natural gas in the pipeline and would emit pollutants. www.FERC.GOV/INDUSTRIES/GAS.ASP ) Dominion’s engineers have reported during their informational meetings that the compressor station they have proposed for Buckingham is intended to be gas fired.

This compression for the 42” pipeline is approximately 1400psi, that’s about 40 times the pressure in an automobile tire. To achieve this—four giant turbines run 24/7 to produce horsepower equivalent to two hundred NASCAR race cars.
Imagine 291-2,005 (depending on the toxin measured) diesel school buses running 24/7. That’s the toxic result of this incessant, industrial activity.
__________

In addition to the pipeline, Buckingham would see a 54,000+ horse-power  [upddated July 2017**] gas-fired compressor station to be constructed near the intersection of the proposed pipeline and the existing Transcontinental pipeline, which lies just north of Route 56, northwest of Union Hill Road, southeast of Shelton Store Road, and southwest of Ripley Creek.
Read the article in the Farmville Herald

**The original plans were increased 30% from 31,515 to 40,645hp. The current proposal is: PLANS FOR FUTURE EXPANSION OR ABANDONMENT: Expansion are unknown and cannot be determined unless and until one or more of the eligible participants exercise that right. ACP Foundation Shippers also have a stated right to request a Second Expansion.

Compressor stations regularly release toxic emissions such as methane, nitrous oxides, particulate matter and other volatile organic compounds into the air with “blow-down events”, or “venting” which causes elevated contamination of the air. This greatly increases the risks to health for residents who live near a compressor station. Depending on topography and wind flow direction the area exposed can be up to 15 miles. Dominion has not released the exact location of the compressor station in Buckingham, but has indicated in press releases the general preferred location. Many in this neighborhood are elderly with already existing health conditions. This type of exposure to toxic emissions on a 24/7 basis could greatly increase their vulnerability. Those with chronic respiratory illnesses are particularly affected.

Noise is a major complaint of people who live close to compressor stations.
The blow down events can last for hours, waking people in the middle of the night, and producing sound as loud as a jet plane flying by constantly.

A report released in February, 2013, by the RAND Corp. estimated the cost to health and the environment from shale gas development emissions in Pennsylvania at $7.2 million to $32 million in 2011, with up to 75 percent of it related to compressor stations.”

There have been numerous explosions and leaks at compressor stations in recent years and since the beginning of in-ground transportation of gases. Is this a risk we want to take with our bodies, our families and our property?

This information was compiled by Friends of Buckingham, an organization founded in 2014 by Buckingham County citizens who are committed to promoting healthy, sustainable growth in our county. To this end, and in solidarity with numerous Virginia citizen groups, we oppose the proposed Atlantic Coast Pipeline and hope you will join us in our efforts.

Catch up on updates about the proposed Mountain Valley Pipeline and its Southgate extension with upcoming events, regulatory developments and the latest news that affects the construction of these projects and the communities fighting back against them. MVP Southgate...

END_OF_DOCUMENT_TOKEN_TO_BE_REPLACED

A fun, fine, joyful and tearful time was had by all. Friends of Buckingham wishes heartfelt, deep gratitude to our extended family of allies for all the amazing 6 years of collaborations, highs, lows, good times n bad. We weathered it all, and proved ourselves worthy...

END_OF_DOCUMENT_TOKEN_TO_BE_REPLACED

The demise of the Atlantic Coast Pipeline vindicates Friends of Buckingham

END_OF_DOCUMENT_TOKEN_TO_BE_REPLACED 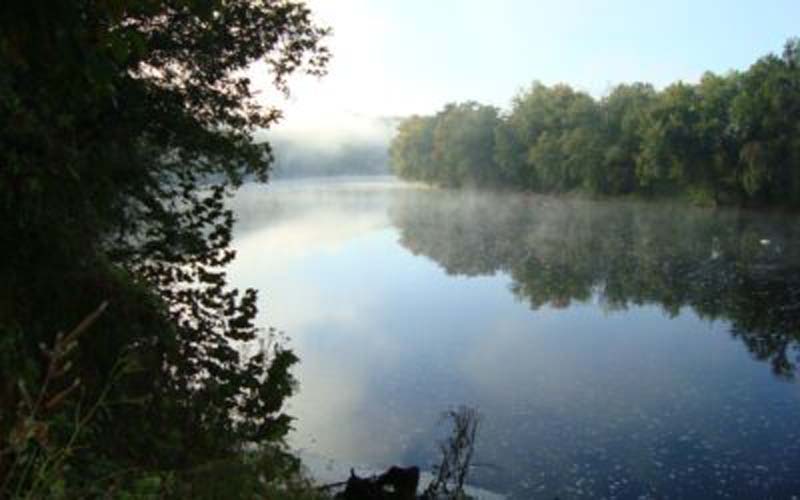 Photo of the James River by Heidi Dhivya Berthoud 2009 Introduction We offer our findings to other beleaguered communities struggling to keep up while defending themselves against the ravages of any polluting industry. In a sane world, we would have only clean green...

END_OF_DOCUMENT_TOKEN_TO_BE_REPLACED Friends of Buckingham, et al. v. State Air Pollution Control Board, et al., is a case pending in the United States Court of Appeals for the Fourth Circuit involving the potential harms facing Union Hill, an African American community in Buckingham County, from the...

END_OF_DOCUMENT_TOKEN_TO_BE_REPLACED

A member of a Virginia state permitting board who last week approved a highly controversial certification for Dominion's planned Atlantic Coast pipeline has business ties to a company currently collaborating with Dominion on a related gas project, DeSmog has found....

END_OF_DOCUMENT_TOKEN_TO_BE_REPLACED

How will air board weigh site ‘suitability’ on major compressor station vote?

Opponents of a proposed Atlantic Coast Pipeline compressor station in Buckingham County protested outside the General Assembly Building ahead of a State Air Pollution Control Board meeting. (Ned Oliver/Virginia Mercury - Dec. 19, 2018) Is an African-American community...